Whenever we need to find anything out on the internet, we automatically go to our favorite browser and type in “google.com”. We do this instinctively, typing “.com” without even thinking about it.

It’s one of the most well-known phrases on the whole internet and you can’t really navigate without it.

But what does “.com” mean? What does it stand for and where does it come from? In this article, we’ll be going over just that!

What Is A Domain Name?

It is important to know what a domain name actually is as the phrase will pop up a lot in this article.

Very simply, a domain name is a website name. It is the address of the website, also sometimes referred to as the URL. Computers use IP addresses to identify computers on the internet, but remembering all those numbers are quite hard for humans to do.

To combat this, domain names were created.

No two domain names are the same, each is unique and easily identifiable.

What Does .com Stand For?

Almost every website has “.com” at the end of it. It’s definitely the most popular domain name used, but what does it actually mean?

A website that uses “.com” at the end doesn’t actually have to be a site that is used for commercial purposes, but that is usually the case for websites that do end with this domain.

Most websites use “.com” because it is easily accessible and readily available to anyone.

Sites that use domains like “.gov” or “.edu” aren’t available to just anybody, so that’s why you don’t see them very often. They are usually used by education or government organizations.

The Debate Of The Meaning

There is a debate that “.com” doesn’t actually stand for commercial though. Some tech experts have speculated that “.com” is actually short for “company”.

In the 80s and 90s, back when the internet wasn’t a public space and was only really used by certain companies and organizations, they used intranets, which were like the internet, but for a closed network of computers. “.com” was only used by companies and the domains could only be accessed on these closed networks, so lots of people believe “.com” originally meant company rather than commercial.

If you were under the impression that “.com” was the first domain name to exist, you wouldn’t be the first person to believe that.

Whereas “.com” is the most popular domain, it wasn’t actually the first. The first was actually “.net”.

The first use of “.net” came in the form of Nordu.net which is a website for the Nordic Infrastructure for Research & Education. It was launched in January in the year 1985.

The first use of “.com” was for the website Symbolics.com and was launched in the same year but in March.

So, “.net” was indeed the first, but only by a small sliver of time. “.net” is still used today by a lot of companies and organizations, but “.com” remains the most popular.

There are three domain names that are considered the original and “big three” of the domain names and they are “.net”, “.com”, and “.org”. The first use of “.org” was by Mitre.org which also launched in July 1985. All three came out within months of each other.

Both “.net” and “.org” are two of the other popular domain names that are used and are both part of the original “big three” with “.com”, but what do they both stand for?

“.net” is short for “network”. It began mainly as a domain name for network companies, such as service providers. Even though “.com” means commercial, some companies still chose to use “.net” instead.

“.org” is short for “organization”. Just like “.com”, anyone can register a domain name with “.org”.

You will quite commonly see “.org” used by nonprofit organizations, but it can be used by any organization or company that isn’t associated with education, government, or commercial associations.

Domain Names And Their Meanings

There are lots of domain names out there on the internet, and you’ve probably come across most of them, or at least heard about them. Here’s a list of some of the domain names and what they stand for:

The British version of “.com”. Sites that have “.co.uk” are exclusive to Britain, whereas “.com” is worldwide. You can access “.co.uk” anywhere in the world, but it is registered in the UK. It stands for “commercial UK”.

The most popular domain name and the focus of this article. It is usually used by any commercial business or company. It stands for “commercial”.

The very first domain name used. Originally it was used by network companies, but can be used for commercial purposes now. It stands for “network”.

One of the “big three” domain names. It is most commonly used by non-profit organizations but can be used for commercial companies and businesses. It stands for “organization”.

Now that you have a better understanding of what “.com” stands for and where it comes from, you may find yourself saying “commercial” in your head any time you type a web address into your search bar.

Every domain name needs “.com” or one of its variations on the end of the website, or won’t work. The internet is filled with interesting history and quirks and the meaning of “.com” is definitely one of them! 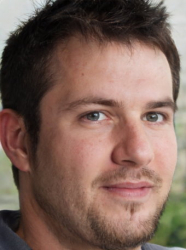